Why You are Being Ghosted by your leads

How to Bring more prospects through your funnel

How One CEO Made His Contact Center a Home

Cold Calling Is Dead (And Other Lead Generation Myths) 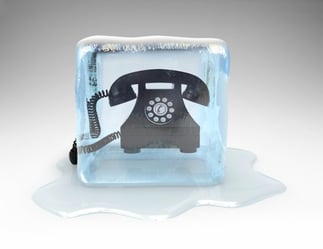 “When it comes to sales, it’s all about numbers. More calls, more sales.”

“Salespeople? They all sound the same.”

Does any of this sound familiar? You’ve probably heard some variation on these observations and complaints from competitors in the field, ongoing and potential customers, and even people who just ask what you do for a living. One of the biggest challenges for outbound sales is struggling against outdated or misguided perceptions about what sales staff does.

In the last several posts, we’ve talked about the importance of honing your sales message and respecting the customer’s needs; today, we’d like to talk about the ways in which that message and customer service can intersect with myths about outbound sales methods and goals. Here are 3 commonly circulated myths about lead generation and outbound sales and why they are false.

1.  Cold Calling is Dead/No One Answers Their Phone

With the rise of inbound marketing and content creation (as well as emails and other forms of solicitation), cold calling has become, for many salespeople, an outdated and easily rejected mode of selling. But a recent survey has provided strong statistical evidence that cold calling can still be very effective. Bloomberg Business reports that a recent survey of 700 professional service leaders showed that cold calling was the second-most-effective form of lead generation, after direct referrals, with 13% of the leads generated (as compared to 22% for direct referrals).

What is really dead then is not cold calling itself, but rather the bad cold call-- the one that feels like a pre-set sales pitch rather than a genuine conversation. If done right-- in a manner that listens to the potential customer, respects his or her stated needs, and moves the conversation towards linking those needs to the product or service for sale-- cold calling can still be an effective way to get people to pick up the phone and learn about your business.

2.  The More Calls You Make, the More Sales You Make

In a marketplace where the lead generation funnel constantly needs to be refilled, it can be easy to get seduced by numbers. Numbers are certainly important; for example, experts very specifically suggest an average of 50-60 calls per day, for a total of 3-4 hours of talk time.

But while numbers are important, it doesn’t necessarily follow that more calls equals more sales. In fact, as author, executive, and management expert, Ken Dooley notes, “Studies show that top performers make fewer calls and have fewer prospects than average salespeople. They concentrate on improving the quality of their calls instead of increasing the quantity.” He suggests that a better way to keep the sales funnel moving is to concentrate on other numbers: the call-to-actual connection ratio, the number of calls that move to meetings or future conversations, as well as the length of the sales cycle and the closing ratio. A sales rep (or her managerial team) who focuses on making a numeric quota of calls risks confusing volume with value. If your rep’s live conversations only last a minute or so, he’s not making the most of his talk time. Sales rhythm, length of conversation, and the quality of that conversation’s content are also factors to monitor.

In outbound sales, particularly for new sales reps, or for companies looking to create a more consistent and collaborative sales environment, scripts can be a helpful way to organize your message and create a more confident and productive staff. At the same time, many experts--and many customer surveys-- suggest that an overly scripted approach can be a turn-off for customers: one recent survey of 500 randomly chosen adults indicated that 69% of those asked have a better sales experience. The myth is not about scripts per se, but (as with the cold calling myth noted above) believing it’s an either/or.

Business consultant Scott Bell rightly says, “The mistake and the sales myth is that there’s one perfect script for everybody.”  A good script can provide a consistent start to the conversation, but you shouldn’t be afraid of letting more experienced reps rework the language to make it more conversational, and to use it as a starting point for a genuine conversation with a customer. It should never feel robotic, or like the salesperson is staying on point in a way that makes the customer feel ignored. It’s not about tossing out the script altogether; it’s about making sure that the script you’re using is the right one-- and that your reps know how to use it.

The persistence of lead generation myths can be a frustrating, but they also offer an opportunity to think of new strategies for challenging outdated beliefs. By being aware of these 3 lead generation myths, and how to respond to them, your team can craft responses that allow them to engage with new leads in a way that’s productive and leads to renewed and active funnels.

What are some of the lead generation myths your business has to confront? Share your stories in the comments below!

As CEO of Convoso Nima has worked hard to build the company into what it is today. From bringing building & maintaining company culture, and fostering team integrity, there is never a dull moment with Nima. Nima is digital marketing expert possessing 13+ years of SEO/SEM growth hacking experience. Nima has been an entrepreneur since day 1, and prior to Convoso had launched an ad network with 20M+ users at its peak, in addition to an entire social network on par with Facebook. Nima is a self-proclaimed “sports nut,” specifically a fan of the LA Lakers. While watching sports Nima has his eye on much more than the game itself – tracking and analyzing everything from rebounds to field goal%. Nima’s inherit knack for data & analytics has been key to identifying new business trends and overall business success.